How does Cryptocurrency Work: The All-Important Guide to Crypto 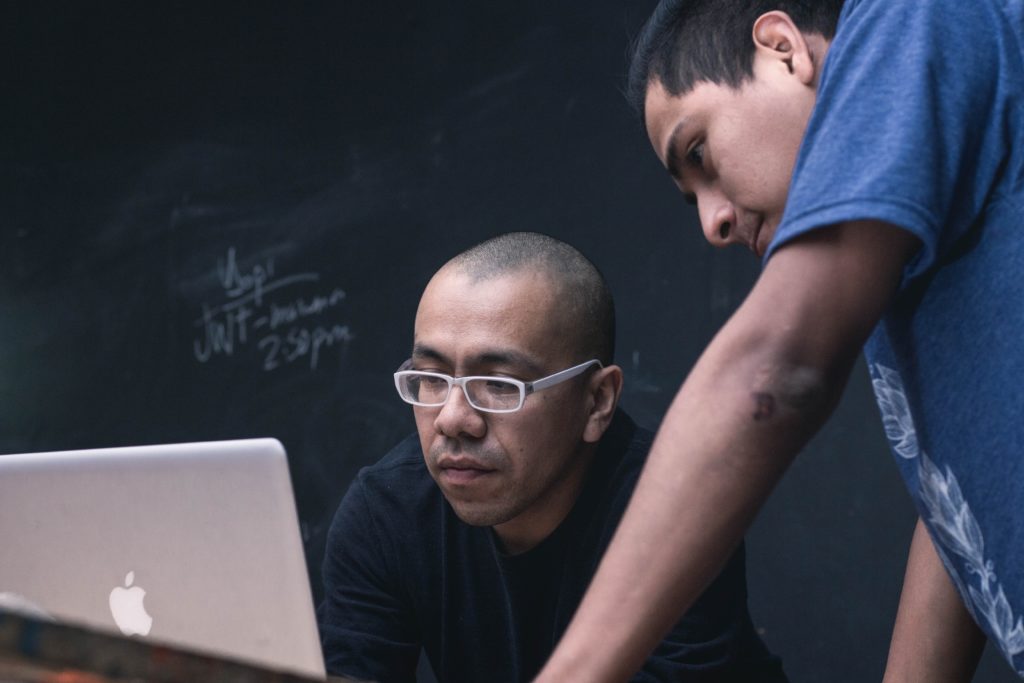 Cryptocurrency is digital cash, and we’re here to show you how it works through this guide for beginners. You’ve probably seen stock photos depicting cryptocurrencies as circular coins, with a shiny outlook and different signs embellished on them. Those aren’t cryptocurrencies in their reality.

Cryptocurrencies aren’t physical forms of money. These digital coins are software entities with protocols and processes as their premise.

Right now, when people talk of crypto, the first thing that comes to mind is Bitcoin. Bitcoin is the most valuable cryptocurrency in existence. But, following the creation of Bitcoin in 2009 by Satoshi Nakamoto, there have been thousands of others. Other cryptocurrencies that aren’t Bitcoin fall under the umbrella of “altcoins.”

As of now, there are over 7000 types of crypto coins – Bitcoin and altcoins inclusive. The global crypto market has a value north of $2 trillion. As many experts will say, digital currencies are here to stay. But there remain many people like you who wonder what cryptos are, how they work and what makes them important.

In this detailed guide to cryptocurrency, we’ll help you understand the entire virtual money concept and maximise the trend.

What is Cryptocurrency and How it Works?

Cryptocurrencies are a form of virtual money that you can use in the purchase of goods and services. You can also trade them to earn profit per time. Crypto uses online ledgers on secure cryptography infrastructure to process financial transactions.

The core idea of crypto is that no government of the world has control over it. The design of the system is to ensure the decentralisation of control and regulation. The system on which we build crypto coins is called Blockchain.

The blockchain network does not exist on a single computer or server. Blockchain exists on numerous computers across the world. The spread of the blockchain computer network accounts for the security of the ecosystem.

How Are Cryptocurrencies Created?

The creation of cryptocurrency happens through a process termed ‘mining.’ Anyone can mine cryptocurrency. However, the process of creating new coins takes time and is not an easy one. Mining brings together an army of computers working towards solutions to mathematical problems. Whenever a computer solves a mathematics problem, it receives rewards in the form of cryptocurrency.

The mathematics that computers work on during mining has a connection to the Blockchain. With every token creation, simultaneous verification and validation happen across the entire blockchain network. The resultant token is then open to trading. The validation process is important to prevent duplication.

How to Trade Cryptocurrencies

You can trade cryptocurrencies on platforms called ‘exchanges.’ These exchange platforms help you buy and sell whatever coin you desire. Examples of exchanges available in the UK are:

But when trading to make a profit, you are constantly watching the market charts to monitor price changes. By tracking crypto price charts, you’ll determine the best times to buy and sell for profit.

What does Bullish and Bearish Crypto Markets Mean?

The bullish or bull market is a condition in which the ecosystem value is on the rise. The bearish or bear market, on the other hand, is when there is a general decrease in the value of crypto assets.

These two terms – bull and bear market – are not only to describe the cryptocurrency market. Bullish and bearish are general terms describing the world’s financial markets like stocks, forex.

Why is Cryptocurrency Important?

The advent of cryptocurrency promises to usher the world into a new financial age. The world is at a stage where internet millionaires won’t just be people with online businesses. Cryptocurrency is reshaping the distribution of wealth across the globe. Digital cash can create overnight millionaires.

When millions of people discuss something, it’s an indication of importance. National powers are debating the adoption of cryptocurrency. El Salvador plans to adopt Bitcoin as legal tender from the 7th of September, 2021.

Though there are currently opposing opinions on the usage of Bitcoin (and altcoins) across the world, the industry news indicates a net positive direction. A company like Tesla feels Bitcoin is currently not environmentally friendly. On the other hand, Jack Dorsey and his company, Cash App, think differently. The latter published a white paper that details how Bitcoin mining has an overall positive energy effect on the world.

The debates will continue for the foreseeable future, primarily because market experts see Bitcoin as the future of money. Jack Dorsey and Elon Musk are heavyweights in the tech industry, to which crypto is a subsection. But to you, an everyday citizen, why all the fuss about cryptocurrency?

The ease of doing business is a major advantage of using Bitcoin. In the traditional global financial system, cross-border transactions have always been a problem. It’s not so easy to send money from one country to another. Cryptocurrency eliminates the problem of cross-border payments.

If you make payment with Bitcoin, the recipient can withdraw in their local currency. You won’t need to engage in foreign exchange before the recipient gets value. With cryptocurrency, you can send money to anyone, anywhere, at any time, and it delivers instantly.

Blockchain is at the core of how cryptocurrency like Bitcoin works. Blockchain ensures maximum security and anonymity. The relative confidentiality of the cryptocurrency ecosystem is a major selling point. Cryptocurrency prevents unnecessary information sharing. You can send and manage your crypto assets without submitting private information. With traditional banking systems, this isn’t the case.

One primary reason conversations around virtual money started in the early internet days is decentralisation. Visionaries at the time felt the world required a currency that no central bank has control over. Cryptocurrencies are there for anyone to leverage. They are without government control.

There is also an active tax on your money with banks. Banks charge fees for every transaction. With hefty cross-border transactions, these fees get significant. Cryptocurrency goes in the other direction. Depending on the transfer network, transaction fees can be meagre.

How Bitcoin is Threatening Central Banks

One other reason you’ll realise the importance of cryptocurrency is the knee-jerk reaction of world governments to it. For digital cash like Bitcoin with a current value fluctuating between $30,000 and $60,000, and a potential to reach $10,000 per 1 BTC, it only fits that governments worry. The power of the system stems from individual users and not a central bank.

The concept of cryptocurrency goes against that of government-issued fiat. Fiats are currencies with issuance from the government. Fiat currencies only have value because governments say so. Also, fiats don’t have tangible assets backing them. For proper context, you can’t suddenly return your Pounds Sterling to the government for gold or diamond. If you want to buy any item, you have to exchange your fiat currency with someone who has these items.

Through the monetary policy, governments have total control of fiat currency. They determine how much the central bank produces, circulates and how you can transfer it. Cryptocurrency prevents the government from being able to control money this way.

Cryptocurrency doesn’t need any of the present financial infrastructures to thrive. Governments don’t produce crypto; they have no control over it and hence don’t determine the value. With cryptocurrency, the power of money belongs to the people, and that’s why governments are afraid. If Bitcoin becomes mainstream, the entire banking system will have to evolve alongside.

How does Cryptocurrency Get its Value?

Mainly, Cryptocurrencies derive their value from the vastness of the community. Community, in this case, isn’t a few hundred persons. The community here is on the global scale — touching areas like demand, scarcity, scale, utility. These community elements determine the value of a particular cryptocurrency.

Most cryptocurrencies came to be through private entities which tie the coin to a utility (project or use case). The viability of the respective project, alongside community perception, greatly determines a coin’s value. The better the perception and use case, the higher the value.

There are two major forms of cryptocurrencies, Bitcoin and Altcoins. The former is the most common and valuable. Altcoin stands for “Alternative coin’, which infers the group to consist of coins that are not Bitcoin.

Bitcoin remains king of crypto despite the thousands of alternatives. More often than not, the market condition of Bitcoin reflects and duplicates in other coins.

Examples of altcoins are:

A Quick Look at How Bitcoin Works

How bitcoins work is simple when you understand the basics. If you’re looking to trade, there are online resources that can guide you into in-depth details. Bitcoin is the first Cryptocurrency, and as of now, you can use it in place of money. Several companies and vendors now accept Bitcoin as a mode of payment.

To use Bitcoin, you need a crypto wallet. As of now, most exchanges provide wallet options. There are also dedicated wallet facilities like Trust wallet.

Think of these Bitcoin wallets as your actual pocket wallet. To send Bitcoin to someone, you need the person’s wallet address. The Bitcoin will reflect immediately in the recipient’s wallet upon transfer, especially if you use the same platform. From your wallet, you can also see your coin’s current value in Pounds or Dollars. It’s easy to convert crypto to cash on exchanges and wallets; you won’t need to worry about that.

Should I Invest in Cryptocurrency?

If you invested $100 in Bitcoin some ten years ago, it would have been worth about $100 million in the first few months of 2021. The current trend in the cryptocurrency ecosystems proves that there is more to come. More currencies will rise in value. Hence, if you want to invest in Cryptocurrency, the time is now.

But, the market is volatile. The best way to invest is to be in it for the long term. As with any other investment, you must study extensively. Before investing in any cryptocurrency, ensure you critically study its community, viability, project and, perception. By doing due diligence, you can avoid putting hard-earned cash in scams or failure-prone coins. Anyone can create a crypto coin — you need to beware.

How to Convert Crypto to Cash in the UK

Examples of platforms where you can convert your Cryptocurrency to cash in the UK include:

Cryptocurrency is still new, but the earlier you learn about it, the better. As of now, it’s one of the best investment forms. It’s a store of value (though volatile), aids transactions, and serves as an asset.

The more you involve yourself, the more you understand cryptocurrency. Hopefully, this guide helps you take the first step. Check through our website for more cryptocurrency-related news, signals and trading tips. 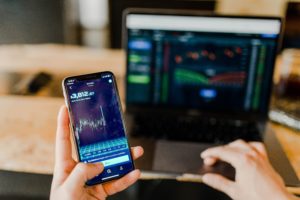 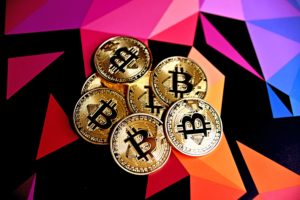 Can I Make Money with Cryptocurrency: Making Money With Bitcoin in 2021 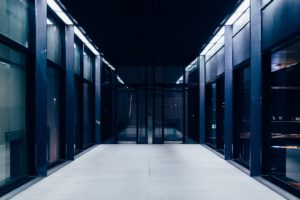 Is it Possible to Mine Cryptocurrency?